The Gift of Perspective by Emily Owen


On May 11th, the ‘On this Day’ part of my Facebook page was flooded with memories.  It was exactly a year since the launch of my memoir, ‘Still Emily’, and there were lots of photos recalling the event.
During the last year, a big thing that’s changed since the launch is, fairly obviously, that people have read the book.  Some have been kind enough to leave a review on Amazon, or contact me directly to give feedback.
What people often comment on is the final chapter.
You see, my story, as many of our stories are, is one of happy times, sad times, ups and downs, easy times and struggles, knowing despair and then discovering hope again.
My story also involves a diagnosis of a condition called Neurofibromatosis Type 2 (NF2), and the final chapter of Still Emily is a letter I write to NF2.
Writing to, rather than about, a situation can be very powerful. Recently, I wrote an article from NF2's perspective and discovered that giving a situation a ‘voice’ can be powerful, too.
Here is part of the article:
My name is NF2. Well, Emily’s NF2. Us NF2s are all different. I guess you could say we have different specialities, different ways of making our presence felt.
Being Emily’s NF2 often feels as though I’m in a battle.  I want to be boss, but so does she; so we fight it out, every day. Sometimes Emily wins. She wins more often than I’d like, to be honest. But sometimes I win. It’s great when I win: then it’s impossible for Emily to ignore me. I hate being ignored, I like to be the centre of attention. But Emily ignores me a lot, even when I try really hard to make her acknowledge me.
Anyway...I thought I’d tell you about my day.  Not a specific day, just a day. It could be any day.
6 am I like to wake Emily early these days. She used to sleep for longer than she does now but, once I’d cottoned on to that, I realised I should wake her. The best way to do that is with her eyes. I don’t mean forcing her eyelids open, I mean by making her eyes sore. Emily’s eyes are really dry and, by 6 am, I can be pretty sure that the soothing cream she applied before she went to sleep will have gone. So, when she wakes, it’s not only early but she’s also in pain.
9.30 am I know Emily wants to work on some of her writing today, so that makes my plan for the day easy: mess around with her ability to focus and concentrate. Since her brain surgeries – and I have to say, I’m pretty proud of my efforts here – Emily’s memory and concentration span are a shadow of their former selves. 3-0 to me.
12.30 pm Well, what a rubbish morning. I tried really hard but nothing worked. Emily ignored me and got on with what she was doing. 3-1 but at least I’m still winning and now it’s lunchtime. I’ll score a few easy points here, as Emily finds eating difficult. She has done ever since one of her surgeries. A surgery which, I might add, was all because of me. Better make that 4-1.
1 pm Emily is looking at food and rejecting it. This is great! She can’t eat bread, crisps etc very easily at all. 5-1. Now Emily knows what she can eat, though, so eating is not too much of a problem most of the time. I’d better give her a point for that, I suppose. 5-2.
5 pm I feel better after my failure this morning. Emily tried to carry on writing this afternoon but her concentration vanished; by which I mean, I took it. 6-2. To be fair, though, Emily did stop trying to write before she got too frustrated with her brain. She never used to manage that, which meant more points for me as she got angrier with herself. So I’ll give her 2 points I think. I may be in competition with her but credit where credit is due. 6-4.
Instead of writing, Emily decided to go for a walk. She forgot to take her crutches but thankfully I managed to make her nearly fall over as she left the house, which reminded her to get them. She doesn’t need her crutches indoors but she does outside. Since surgeries (yes, credit to me again), Emily can’t walk too well. Her legs are weak and her balance is poor. Which makes it what, 8-4 to me?
6 pm Emily’s niece wanted to sing a song to her. Massive win for me: Emily can’t hear since her surgeries. 9-4.
But then, unbelievably, her niece sang the song in sign language, so Emily could understand. 9-5.
I hate it that Emily has so many people helping her beat me. It’s not fair: she has medics, friends, family, strangers. Nearly everyone Emily and I meet is nice. Well, they’re nice to her. Mostly they ignore me. Except the medics, but that doesn’t really count, as I’m their job. But even they see Emily more than me. Worse than that, Emily does too. She didn’t used to. I used to win every day. But I don’t now. I win some days. But they are becoming fewer. And today is not one of them. Even I have to admit that Emily and all the people who help her, together, deserve 5 points. At least. So it’s 10-9 to her...
Feedback, whether positive (mostly) or negative (a bit), tells me the concept of writing to or from a situation, to or from a perspective other than a directly human one, is powerful. 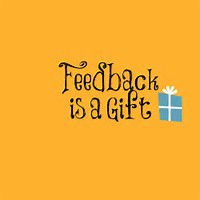 Why not try it?  Write a letter to a situation in your life, and see where it takes you.
(The fact that you read this blog is a gift as well. To me. May is Neurofibromatosis Awareness Month. And you’ve now heard of Neurofibromatosis. Thank you.)