Refuse to do Nothing by Mandy Baker Johnson 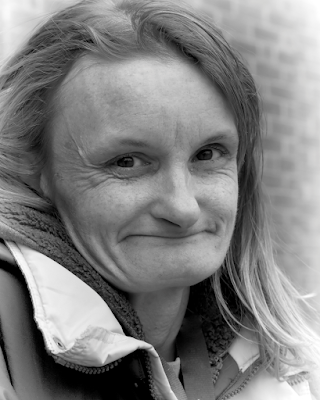 You may think that is obvious but at one time they were invisible to me. They first came on my radar when I read John Grisham's The Street Lawyer. The idea that they are far more than a vague figure covered by a tatty blanket percolated away for a while, and then God added a little of His compassion to the mix. I eventually found myself chatting with Big Issue sellers and getting involved with social justice.

Francine Rivers in Redeeming Love made prostitutes human. It's never as simple as just seeing a woman selling herself on a street corner late at night. There's a whole back story of gut wrenching misery that drove her to that dark place. No little girl dreams of growing up to be a prostitute.

Jesus told stories to break down our natural racist inclinations. The Good Samaritan can sound all nice and cosy to us but I bet in that culture it was shocking and outrageous. Jesus made the despised Samaritan a human being, and set the bar high in terms of who is our neighbour and what He expects us to do to help.

I watched the film I, Daniel Blake on Friday evening. It was deeply disturbing. But I needed that stark reminder of what life is like for some in the UK. Very few people on benefits are 'scroungers'. The majority are decent people who find themselves in very difficult circumstances and who are struggling to keep their heads above water.

I have to admit, I'm sick of people on benefits being dehumanised, of modern slavery and human trafficking going on under my nose, of women trapped in a life of prostitution because they can't see any way out. I'm sick of immigrants being blamed for everything and of the blatant racism in our society.

I don't want to get political (I wouldn't know where to start!) but nor do I want to sit back and do nothing. I'm sure you don't either.

Let's use our writing for good. Maybe to raise awareness with modern-day parables or a thought-provoking novel. Write to your MP.

Be practical. Pop a few tins in the food bank donation boxes at supermarkets. Buy a Big Issue. Make yourself aware of what modern-day slavery looks like, learn to recognise the signs so that you can report it. There is an app you can download to your smartphone to enable you to take photos of your hotel room which can help stop trafficking.

We have experienced God's kindness and grace. He has set us free! So let's stand up for what's right. Refuse to do nothing.