Get That Label Off! by Janey Clamp

By Jane Clamp - December 05, 2016
Something happened a few weeks ago that prompted a chain of thought that has continued unbroken - but sporadic, if you know what I mean - since then. I had bought a bunch of flowers from the supermarket for a friend's birthday present. It had one of those two-part sticky labels, with the price on the lower section. I tried to peel it off but it only came away in tiny gluey fragments, leaving the whole thing looking a complete mess whilst still advertising how little much I had paid for it. Contemplating removing the cellophane completely, but leaving me with the horror of having to do something else with them (flower arranging being not my forte), I decided instead to peel the whole label off from the top. It came away completely cleanly - price, description and plant care, the lot. 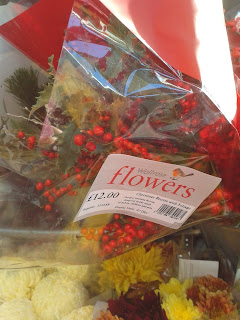 In marvelling at this revelation, and regretting the previous ten minutes I had wasted, I felt God say, "It's not just how much you're worth that needed removing. I don't want you to wear any labels at all."

I guess we all wear them: badges that identify us. Some have been placed there by others, sometimes a very long time ago; some we've pinned on ourselves. All are invisible until someone "pushes our button" in that area and the metaphorical pin drives into our skin, causing pain and over-reaction. For a long time, I used to repeat a phrase that had been spoken "at" me by my ballet teacher when I was about ten. She was a nasty woman and a poor judge of character but at the time I had believed what she said. It wasn't until I was in my twenties that I saw it for what it was: a badge that I had got used to wearing but didn't half chafe at times. When God takes something like that away, it feels like a massive burden lifted.


When I hear God's voice, it never fails to strike me how gently He speaks. He is not rude or confrontational - although of course He does challenge. He is not driven by an ugly agenda or needing to exert power or control. People, on the other hand, are another matter entirely. How cruel can be the labels they brandish, and how much damage they inflict!

God promises to give us a new name. (I asked Him once what my new name was. It's a doozy - you should try it.) He gives us a new badge that shows He has claimed us for Himself. Thinking back to the bunch of flowers, I don't need something that shows how much I'm worth, or what I am or how I should be cared for. God has got all that covered. All I have to do is be grateful and get on and enjoy the life He's given. 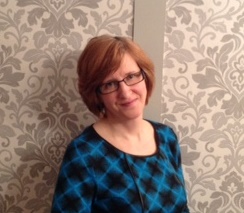 Jane Clamp is Creative Writer in Residence on the Sunday Breakfast Show at BBC Radio Norfolk, and on the Thought of the Day team at Premier Radio.
#badges #labels #newname #worth