Recent discussions in the ACW FB group have revolved around how to make characters sympathetic or likeable. Lots of useful advice was offered from giving them relatable weaknesses to letting them have a pet. That last one got me thinking. As some of you may know, in addition to being an author, I lecture scriptwriting in a university Creative Writing department for a living – well, sort of a living (see what I did there? I made myself vulnerable and relatable; do you like me more now…?). 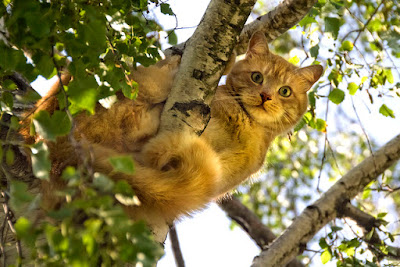 But, back to the cat. One of the most influential screenwriting ‘gurus’ of the last 15 years is the late Blake Snyder, whose book ‘Save the Cat’ catapulted to the top of bestsellers’ lists. http://www.savethecat.com/ Now, if you click through to his site – or that of most screenwriting teachers – you may well be put off by the tone of ‘this is the best / last / only book on screenwriting you will ever need’. I know I am.  So it may seem ironic that one of the areas on which screenwriting teachers focus is how to make characters likeable and relatable to their target audience. The key here is the target audience. It is important to note that what you and I may consider brash and off-putting may be perceived by other people as self-assured and confident – this guy knows what he’s talking about! – and that’s a value which in some quarters is held in high esteem.

Snyder (who has copyrighted the phrase Save the Cat, just in case you were thinking of nicking it) refers to an ‘obligatory’ scene in a film where the hero, who we may have seen doing some unpleasant things already, does something kind to reveal his ‘true’ character (saves the cat / child / old lady; smiles at a kid; gives money to a beggar etc). He may look like a foul-mouthed, short-tempered drunk who has a nasty habit of beating people up, but inside he’s really a good guy. Most films – certainly most genre films – will have this scene in the first ‘act’, usually before the inciting incident takes place.

Contrived? Yes. So why do they do it? Well, there’s an academic theory known as Audience Reception Theory. At its most basic it means that the culture and shared values of the recipients of the text / screenwork / artwork help to determine its meaning. The key here is what the audience ‘values’. As a writer it is important to understand what your readership / audience consider good characteristics and which bad. If you are writing romances, you need to know that readers want the boy and girl to get together at the end. If you are writing dystopian thrillers, know that your readers will be suspicious of authority and characters representing it. In the romance, a ‘save the cat’ scene may involve a woman who has sworn off men but we are given a glimpse of her smiling fondly at an elderly married couple. In the dystopian thriller it might involve a character working for the establishment but then choosing to turn a blind eye to a minor misdemeanour. Both examples create empathy by establishing shared values with your readership and the promise that at the end the character’s true nature will emerge.

Do you know what your readers value? How might that affect your characterisation? Perhaps you need to Save the Cat.

Fiona Veitch Smith is a writer and writing lecturer, based in . She writes across all media, for children and adults. Her children’s books The Young David Series and the Young Joseph Series (to be published August 2016) are available from SPCK. Her mystery novel The Jazz Files, the first in the Poppy Denby Investigates Series, is published by Lion Fiction, the second, The Kill Fee, will be coming out in September 2016 . Her novel The Peace Garden  is self-published under Crafty Publishing http://fiona.veitchsmith.com www.poppydenby.com
#FionaVeitchSmith #screenwriting #characterisation #writing tips #Blake Snyder