Is There Laughter in Heaven?

Most of us would answer, “Of course there is.”  Unlike previous generations, we don’t expect Christians to sit around looking solemn and holy.  I love comedy in all media.  My favourite film, The Life of Brian, is funny and about my religion, pushing boundaries but holding back at the line of good taste - just.  However, to my knowledge, none of the Monty Python team were professed Christians, and I, as a Christian, find writing religious humour very difficult. 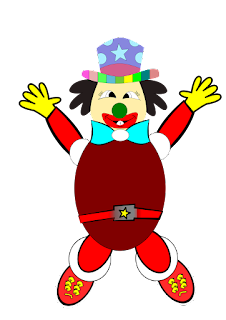 Why we laugh is complex.  It’s a topic which has been debated since the days of the ancient Greek philosophers.   Unfortunately, much modern comedy tends to be nasty and vicious, about sex, the lavatory, or involves ridiculing other people, whereas God’s desire for us is to love one another.  So should it bother me that I can’t write Christian humour?

But yet the Bible contains humour.  "Nazareth!  Can anything good come from there?" said Nathaneal (John 1:46).  Compare that with the sort of jokes you hear in your town or village about people in neighbouring towns and villages.  There is much more humour in the Bible, which we don’t get because it belongs to the age in which it was written.  Nevertheless, when a holiday club leader in our next parish said that the opening chapters of Jeremiah were about losing your underpants, she got the biggest possible laugh from the five to ten year olds in front of her.  Her interpretation was basically right, of course, and the children remembered holiday club as being fun.

In his TV series Laughing Matters (available on YouTube), Rowan Atkinson asserts, amongst other things, that comedy is about character. Character again?  Isn’t this always the essential thing?  So humour isn’t always about shocking people or putting them down.  Just as we laugh with our friends and family when they do funny things, so we do with well-written, emphatic, fictional characters.  Authors, Christian and otherwise, set their characters up to go over the top, doing what we would like to do ourselves, but don’t because we’re in the real world.  In one of my favourite Christian books, The Bridge to Nowhere, by Stephanie Parker McKean (Sunpenny Publishing, 2012), the lovable, but clumsy, manner in which Texan Christian detective, Miz Rice, tries to convert apprehended criminals had me in stiches.  We also share a smile characters exposing something tiresome; in Evelyn Waugh’s Brideshead Revisited, Lady Cordelia’s frustration at being told that the Virgin Mary insists that Cordelia arranges her shoes in a particular order in her boarding school wardrobe.  We chuckle at word play: Carpenter from Nazareth seeks joiners is my favourite.

So it is possible to write Christian humour, which is funny and respects God.

Our vicar includes jokes in our Pew News, finding them on sites like these:  Holy Humour, Christians Unite Clean Jokes and Will and Guy’s Short Christian Jokes and Stories.

Come on, click on the links.  All of them.  You know you want to…

… There.  What a waste of writing time!  But what a great way to draw people into church!