A review of reviewing, by Ben Jeapes 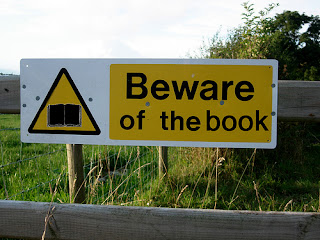 I have no psychic powers, and I can prove it.

My novel The New World Order is an alternate history fantasy in which I had a lot of fun playing with alternate history tropes. I knew what I was doing, but I wanted to know if I had done it well. So I was especially interested to see what SFX, one of the biggest science fiction glossies, had to say about it.

As it was, SFX’s reviewer had a 300 word slot which he filled almost entirely with a rant against alternate histories in general, though he generously spared a couple of lines to add something along the lines of "so this book must also be rubbish."

A few years later that reviewer was sitting a couple of rows in front of me at a convention. After an hour glaring at the back of his head, I had proved to my satisfaction that no, I couldn’t make his brain explode or start to leak out of his ears. So, no psychic powers, proven.

Most people handle bad reviews better than the author who tracked down someone who left a bad review of his book on a website and physically assaulted her. (Actually, forgive the flippant tone; it's a horrible story.) Simple grace is the best response, but it’s still not easy, whereas a good review can make your day. If SFX had praised my book to the skies, I would have been floating for the rest of the day - but actual sales would probably not have been affected either way.

So here are a couple of responses to reviews, good and bad.

As a young adult author I get a lot of responses from - wait for it - young adults. Which is lovely, but by definition means they are not widely read and their frame of reference is not huge. So, if I get a message telling me that I’m as good as, or better than, J.K. Rowling then why, that’s sweet, but I immediately know that in fact I’m the only author the dear thing has read apart from J.K. Rowling.


It works the other way too. In the late 80s / early 90s Arthur C. Clarke sullied the memory of his classic Rendezvous with Rama with an utterly dispensable trilogy of co-written sequels, the first of which was Rama II. In another example of only-other-author-I’ve-read syndrome, a review of my novel His Majesty’s Starship said that the story was similar to Rama II but the characters weren’t as good.

“Blessed are you when people insult you, persecute you and falsely say all kinds of evil against you” (Matthew 5.11)


“People who like this sort of thing” - Abraham Lincoln didn’t say - “will find this the sort of thing they like”. For some reviewers, a book is just not their cup of tea. I would make a lousy Mills & Boon reviewer. In that case you can only hope they will be honest enough to admit as much: sadly, not all do. But assuming a reviewer is of the desired readership group, and know their stuff, and are not just trolling, then there are two options: (a) they’re stupid (b) they’re right. And they’re not all stupid.

Ben Jeapes took up writing in the mistaken belief that it would be easier than a real job (it isn’t). Hence, as well as being the author of 5 novels and co-author of many more, he has also been a journal editor, book publisher, and technical writer. www.benjeapes.com
reviewing reviews