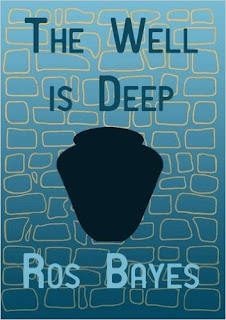 Instead, He said, “A man once planted a vineyard, fenced it round, dug out the hole for the wine-press and built a watch-tower. Then he let it out to some farm-workers and went abroad. At the end of the season he sent a servant to the tenants to receive his share of the vintage. But they got hold of him, knocked him about and sent him off empty-handed. The owner tried again. He sent another servant to them, but this one they knocked on the head and generally insulted. Once again he sent them another servant, but him they murdered. He sent many others and some they beat up and some they murdered. He had one man left—his own son who was very dear to him. He sent him last of all to the tenants, saying to himself, ‘They will surely respect my own son.’ But they said to each other, ‘This fellow is the future owner—come on, let’s kill him, and the property will be ours! So they got hold of him and murdered him, and threw his body out of the vineyard.” (Mark 12.1-8, JBP)

By the time the listeners realised that the story was about them, it had got under their radar in a way that a sermon would not have done; they were hooked, waiting for the dénouement.  Another medium would have put their backs up and they would have stopped listening before ever the point was made.

Jesus understood the power of story, and so did the Bible writers.  Last month I looked at the Bible as literature, and made reference to John as the writer’s writer of the New Testament.  Whether he is reiterating one of Jesus’ own stories, (as in chapter 10. 1-5) or recounting a story about Jesus (as in chapter 4), his vibrant prose brings the scene to life.

But the Bible is also good source material for other writers, and many have drawn from it. From Milton’s “Paradise Lost” or Browning’s “A Death in the Desert” to some contemporary writers who produce imaginative versions of the Biblical narratives, authors have for generations been inspired by the Bible.

By using story to convey who Jesus is, we may find ourselves getting under the radar of readers who would never pick up a Bible, and introducing them to the Jesus they might otherwise not meet. 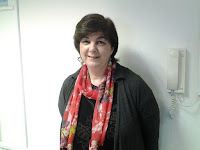 Ros Bayes has 6 published and 3 self-published books, as well as some 3 dozen magazine articles to her credit.  She is the mother of 3 daughters, one of whom has multiple complex disabilities, and she currently works for Through the Roof (www.throughtheroof.org) as their Training Resources Developer, and loves getting paid to write about disability all day.  You can find her blog at http://rosbunneywriting.wordpress.com and her author page at http://www.amazon.co.uk/Ros-Bayes/e/B00JLRTNVA/.  Follow her on Twitter: @rosbwriting.