Do Your Best by Susan Sanderson 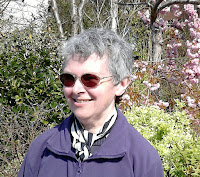 “There is only one real sin, and that is to persuade oneself that second-best is anything but the second-best.”  Doris Lessing

I think this quote fits the category of hyperbole.  My definition of sin is any wrong-doing, which separates us from God.  Doing what we want, without thought for other people is sin.  We need to confess it to God and apologise to the person we have offended.  Then with God’s help we might not make the same mistake again.  This is not setting out to be a post about sin, however, rather about aims and aspirations.

As a child setting off for school, there were a few regular words from Mum.

“Have you got your handkerchief/everything?”

“Off you go and do your best!”

What is my best? How do I know I am doing my best?  If I am trying hard, can I try harder?

Perhaps I was naturally competitive; perhaps these words of encouragement led to my competitiveness.

By the time I was in my teens, I had developed the philosophy that if I was doing better than everyone else, I could not be accused of not doing my best.
Our school motto was also about excellence – or at least improvement.  Qui cessat esse melior cessat esse bonus. (He who ceases to improve (literally to be better) ceases to be good.)  It was a girls’ school, but in those days we had no problem accepting that he was often used to include the possibility of she.  How I envy our European neighbours their non-gender-specific pronouns.  Our one seems stilted, but the French have on and the Germans man.

Doris Lessing’s generation used one and oneself.  Word’s grammar checker does not recognise oneself as the object of the verb persuade.  Language varies over space as well as time.  (I am under the impression that Word is American.)

Academic excellence is not the most important aim.  Other abilities and gifts have benefits to individuals, communities and beyond.   Art, music, story-telling, kindness, social skills and many more talents, which cannot be tested in a written examination, are important.  Some are the opposite of sin.  The apostle Paul made lists of good things which result from the in-dwelling of the Holy Spirit.  Galations 5:22 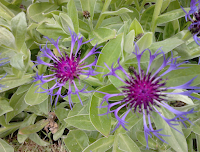 So how does this apply to writers?

First we have to write.  Then we have to read what we have written checking the sense, style and suitability for the intended audience.  An editor may correct spelling and other errors.  (As a blogger I aim to find my own.)  What we have to avoid is beginning with a sense that, what we do will never be good enough.  And, (unlike a photo I shared on Twitter, with the caption, “The second-best photo I took today.”) we have to be brave enough to let others read the best of our work.

Susan always wanted to be a writer. In 2012 she revived her interest in writing with a project to collect the kinds of sayings, which were much used in her childhood.

Blogging was intended as a way of improving writing skills, but has become an interest in its own right. Susan experiments with factual writing, fiction, humour and poetry. She does not yet have a book to her name. Her interests include words, languages, music, knitting and crochet. She has experience of the world of work, being a stay-at-home mum and an empty-nester. She is active in her local community and Church, where she sings alto in the choir. She and her husband live in Cumbria.