FROM FACT TO FICTION, FABLE TO FANTASY, STORY HOLDS SWAY By Merrilyn Williams aka Mel Menzies 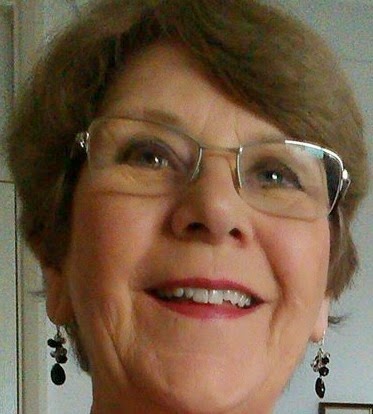 ‘Even truth needs to be clad in new garments if it is to appeal to a new age.’  George C Lichtenberg

You’re a child. According to Mum, a naughty, selfish child. And it’s not fair! You’ve been sent to your room for fighting with your sister.

‘I’ve told you before that you have to share your toys,’ says Mum. And she proceeds to read Acts chapter something (20) verse something-something (35) to you, reminding you that Jesus said it is more blessed to give than to receive. Or something . . .

You’re still sulking in your room when Dad comes home from work. You can hear Mum tell him how mean and selfish you’ve been. Dad comes up to your room. You’re expecting a telling off, a grounding, perhaps, but instead he sits down and reads to you.

It’s a story about a giant. A giant who returns from a seven year visit to his friend because he's 'said all he had to say for his conversation was limited'.

Much to his annoyance, he finds that there’s a hole in the wall of his garden, and all the children from the village have crept in and are playing beneath the trees.

Sunshine, laughter, bird song, flowers and blossom abound.  But the giant is furious. How dare they enjoy what is his! ‘My own garden is my own garden,’ he roars. 'I will allow nobody to play in it but me.'

The children flee. The giant rebuilds the wall to keep them out. For year after year, thereafter, he looks out at endless winter. His heart is heavy. No sunshine fills his garden; no laughter; no birdsong; no flowers; no blossom.

Until, one day, the blossom returns and laughter fills the air. The children have, again, found a hole in the wall and crept in to play. Joy fills the giant’s heart. Only one tree remains winter-bound. Beneath it stands a boy in tears. ‘Climb up little boy,’ says the tree, and it bends its boughs to help him up. But the child is too tiny to reach them.

The giant’s heart melts. He runs down, puts the child in the tree and the birds and the blossom burst forth. Taking an axe, he hacks down the wall and declares his garden open to all. But his heart is broken because the small boy is never seen again.
Then one day – there he is again. On his hands and feet are scars: the prints of nails.

Gently, the giant lifts the child into the tree. Once more it blossoms. ‘You have let me play in your garden. Today you shall play in mine, which is Paradise,’ says the boy. And when the village children come in, they find the giant lying dead beneath the tree.

THE POWER OF STORY
You’ve sat, enrapt, as Dad has read you Oscar Wilde’s famous tale. You’ve visualised each scene. You’ve heard every roar. Imagined each thought. You’re full of remorse. Never again will you be selfish. The story you’ve heard will live on forever in your heart and mind. You vow to be generous. You hug your sister; lend her your favourite toy. She blossoms before you. Joy fills your being.

No mention is made of Christian faith, of God or Jesus in the story of the Selfish Giant. Yet the truth of Acts 20:35 is present in its content. And it's probably made more impact as a story than as didactic theology.

The fact is that story is endemic to human nature. From cave art to mythology, fable to fantasy, drama to film, story speaks to us as nothing else can. Which is why Jesus used parables. And why we should too – no matter what we write. How-to-books, didactic works of theology, even devotionals benefit from the inclusion of story. As Jeff Lucas so aptly portrays in our Bible reading notes, a line or two about his frailties, his life, his experiences, illuminate the truths he seeks to impart.

Story entertains.  Story disarms.  Story allows your reader to absorb truths they might otherwise resist.  Whether overtly or covertly, all writers seek to influence the thinking of their readers.   Learning how to do so is what makes for great writing., as my article – how to make your point without being pointed - so aptly reveals.


Other blog posts on this topic:


Author, Merrilyn Williams, recently retired ACW Chair, writes also under the name of Meg Scott and Mel Menzies.  Her latest book, TIME TO SHINE, a psychological mystery, is written in the style of Jodi Picoult, but substitutes counselling practices for police procedures when it comes to resolution.  With themes of forgiveness and wholeness, this book has already received several 5* reviews.  Mel has recently signed a contract with Malcolm Down Publishing.  She blogs on creative writing, speaking and relationships.  Her website, An Author’s Look at Life, provides Resources to Inform, Inspire & Encourage www.melmenzies.co.uk